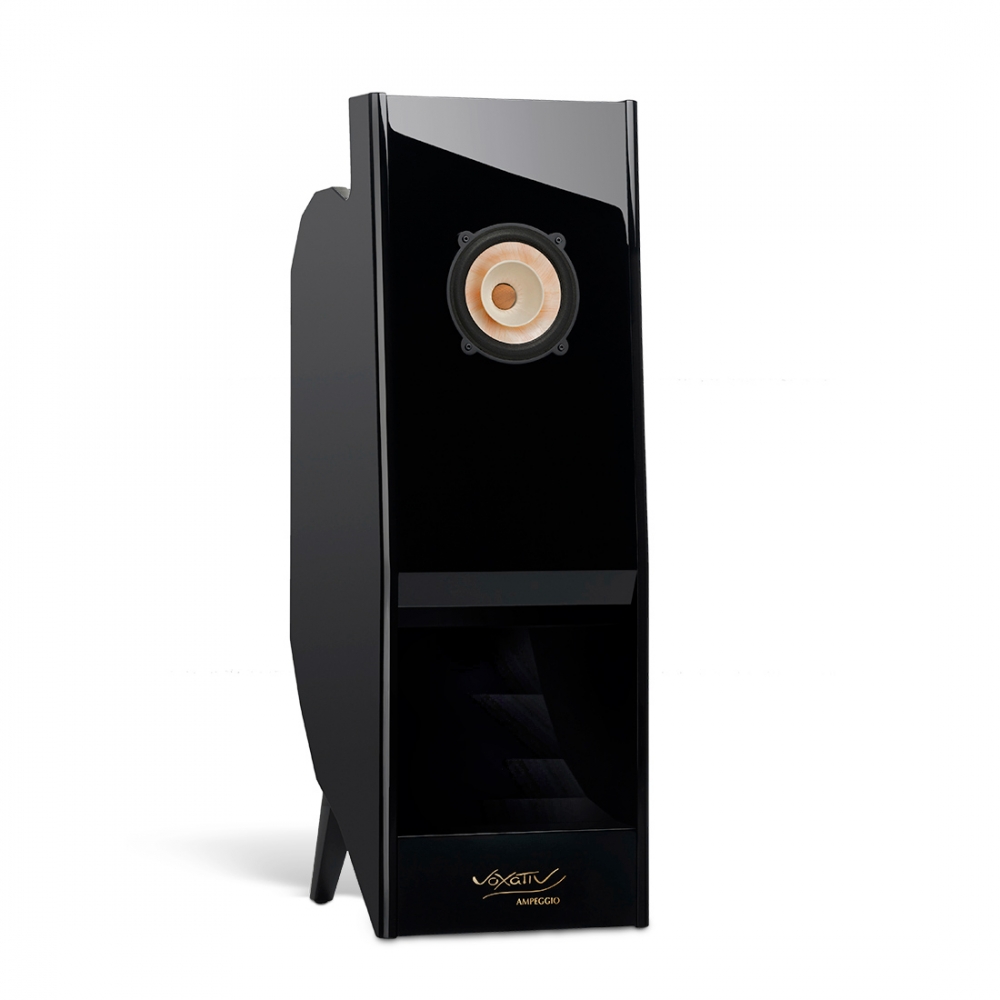 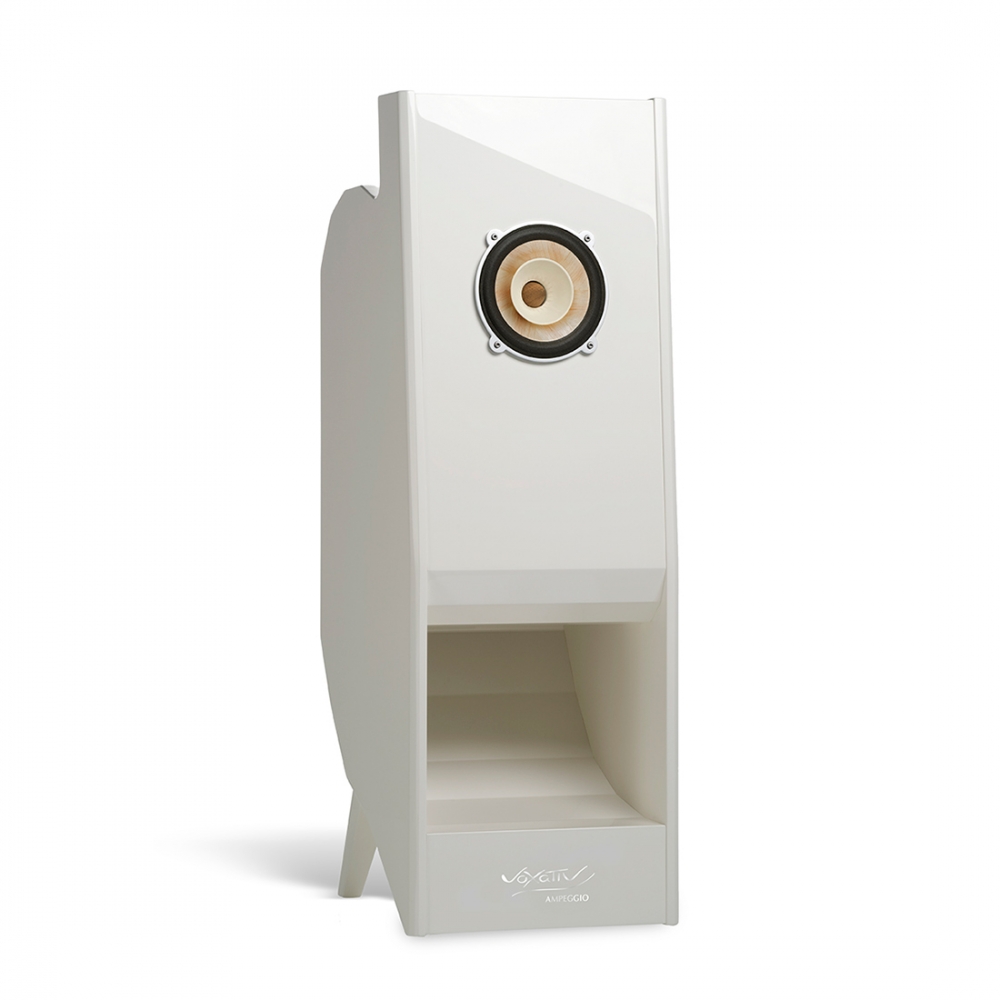 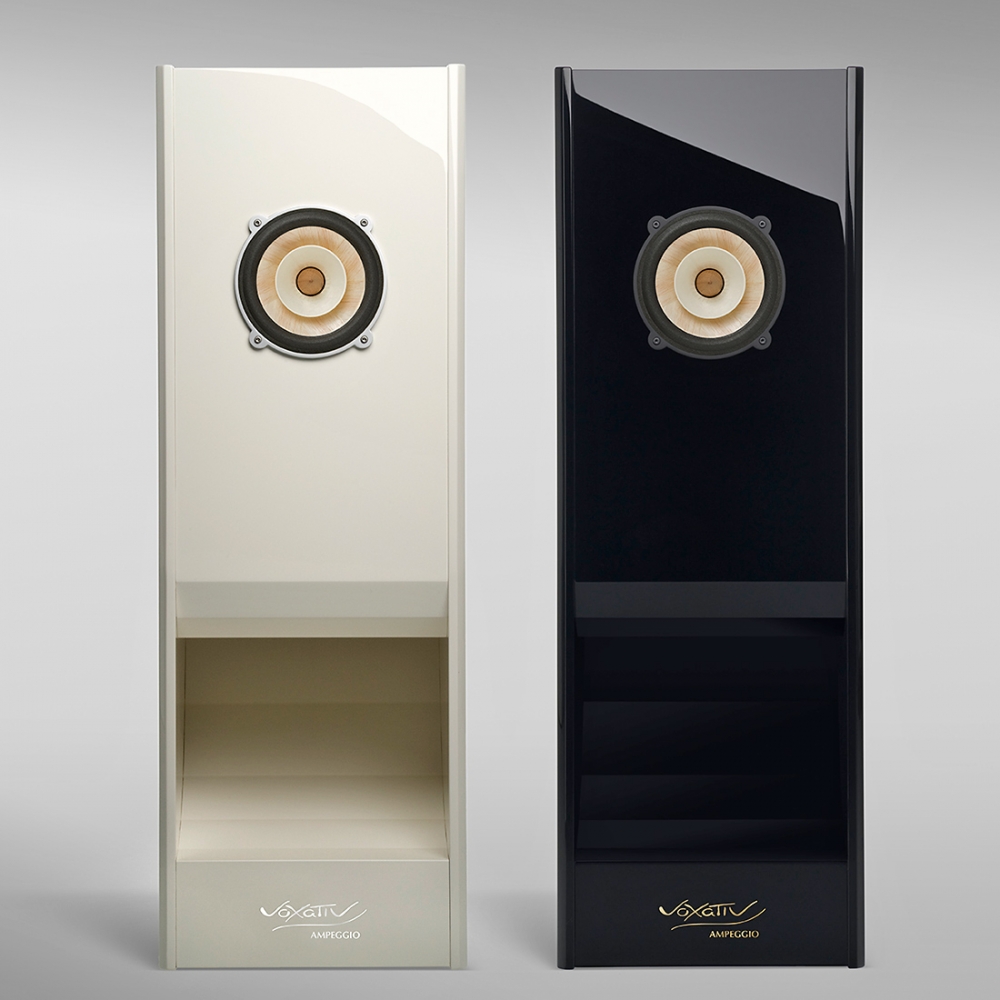 This loudspeaker is produced by a famous German piano factory and mostly piano materials are used. Internal cross-bracings are made from unpainted tone-wood.
The cabinet surface is covered with real piano lacquer, i.e. 1mm deep polyurethane paint polished about 10 times. The Voxativ logo is laser cutted from brass and inlayed into the paint.

Inside of the Ampeggio Signature we use a solid-core copper cable and pure copper binding posts on the outside.
No crossover components or electronics of any kind are used. The sound of this wonderful loudspeaker is optimized purely by the mechanical excellence of driver and cabinet.
The efficiency reaches 105 db. So you will never have any problems in using small luxury and excellent sounding amps. The sound performance with 2 watts is breathtaking!

The Voxativ Ampeggio is the Stereophile Product of the Year 2011 and a member of their list of recommended products. Art Dudley writes:

“The Voxativ Ampeggio went beyond sounding good: More than once, with too many records to mention, I found myself stopping to marvel at its brilliantly good pitch certainty. In terms of being able to simply nail a note, whether in isolation or tucked within a whole string of the little bastards, I’ve heard few other speakers this accomplished. And while it’s one thing to focus on such a characteristic for a moment at a time, it’s quite another to bask in it subconsciously—and the Voxativ’s allowed me to do just that. I was able to enjoy everything I played through them—not just as sound but as music—without fatigue, frustration, or, worst of all, lack of interest.”

“What Voxativ contributes to the genre with their Ampeggio model now is a perfectionist turnkey driver/enclosure solution that was conceived and realized as an inseparable whole, then built to musical instrument standards. In this exact combination of attributes and performance, it strikes me as unique. I also find it promising for the single-driver sub genre of exotic loudspeakers which I’d personally nearly written off as not being completely viable. I was wrong. The Voxativ Ampeggio proves otherwise. The future for such speakers looks bright again!”